Instead of doing a long written post, I'm sharing a
Flipagram video of my favorite things seen at Market.
Enjoy!


If there is any particular photo you'd like to know more about
just leave me a comment and I'll respond by email.
Posted by Monica at 3:24 PM 1 comment:

I could sit around and design quilts all day long.  Lately it seems I haven't had the time or felt the inclination to design.  I guess that's just how it goes though.  You just can't force creativity.
But finally...the other day I found sitting around itching to do something creative. And after a few minutes I came up with this idea. 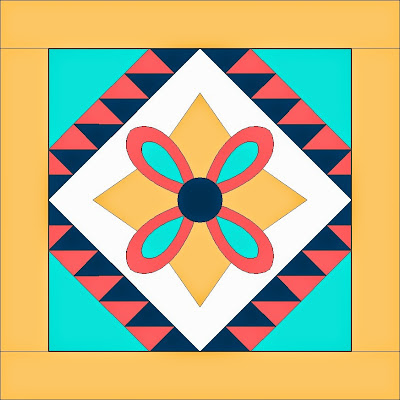 The center block is a simplified version of Block Base #4060. 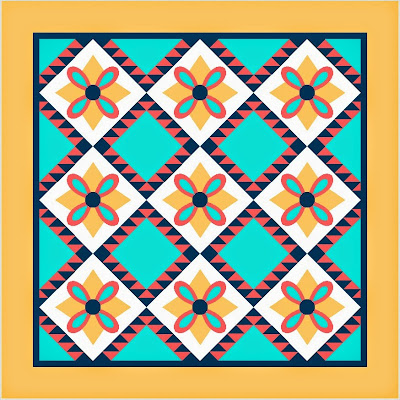 And this is what it would look like as a quilt using the current setting blocks.
In the end I settled on the smaller design and immediately knew I wanted to make this into a pillow cover and I immediately knew what fabric I wanted to use...Priory Square by Katy Jones for Art Gallery Fabrics. 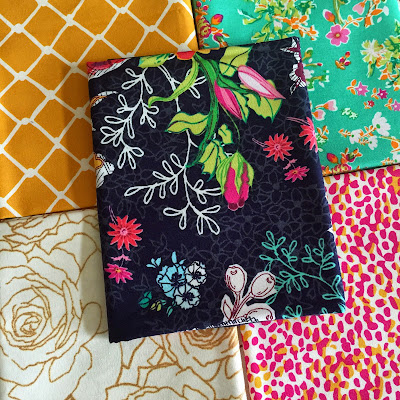 They are a perfect match for what I envisioned!
Here it is!  I'm calling it Priory Petals. 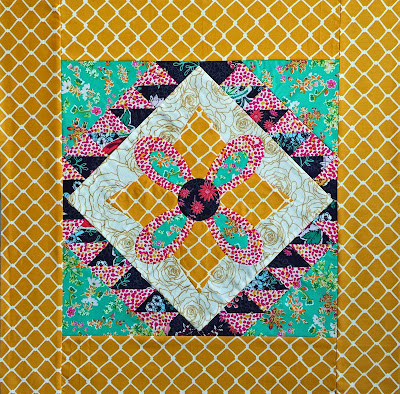 Since the center block was originally from Barbara Brackman's Encyclopedia of Pieced Quilt Patterns I assume it was meant to be pieced but I couldn't imagine doing that for this design.  So I turned it into an applique...so much easier.

I can't wait to quilt it.  Unfortunately it'll have to wait till I get back from Market!  Which reminds me...I need to start packing!  So I'm off to pack now.

Stay tuned for an after Market post.  And who knows maybe there will be a giveaway if I find something really cool worth sharing.

I can't believe I have blogged since September...sigh.  For a while I could have said I had a good reason why I wasn't but that excuse doesn't work seven months later.  I've made several attempts at writing a post but its been hard coming back after so long.

But anyway...what have I been up to? Well...I'm back in Texas for one.  But that's only until the end of the summer and then I'll be making the move to eastern Washington state.  I won't bore you with all the details other than its all related to my husband's work. 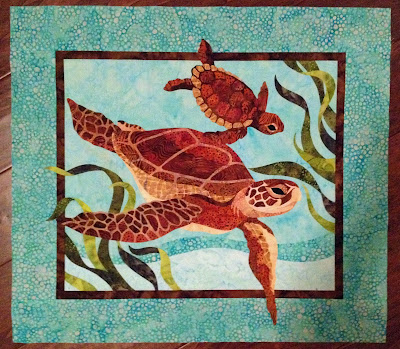 Once Steam a Seam II was available again I made this
wall hanging designed by Toni Whitney.

I made a new rug for my kitchen. 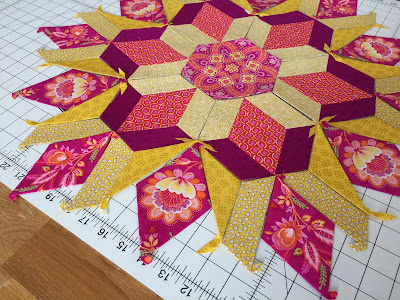 I started the Millefiori quilt along and haven't worked on it anymore past this point. 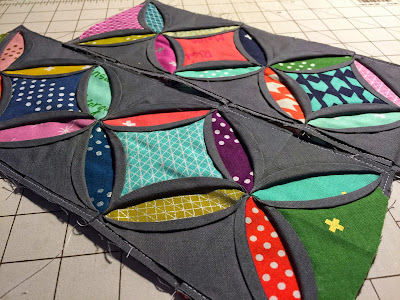 I made cathedral windows that will be going into a tablerunner. 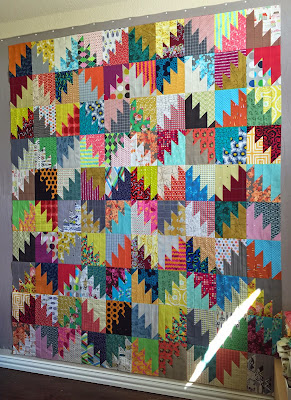 I created this quilt from 10" squares after making the NY Beauty below. 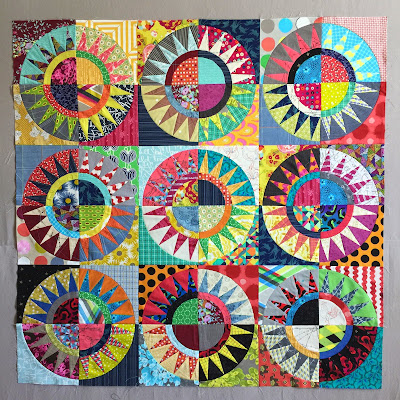 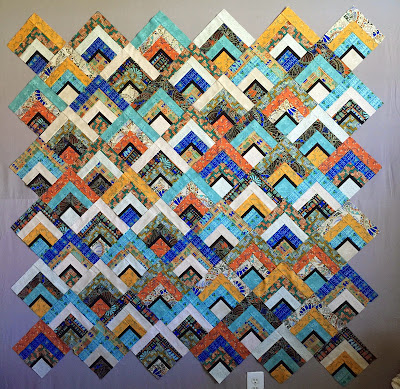 I made some blocks from some Downton Abbey fabric. And most recently I started making this quilt sample
for my good friend Jennifer Lee's online shop Red Thread Studio
using Jen Kingwell's new line Gardenvale for Moda.
So there you have it.  That's what I've been up to.
Keep an eye out for an upcoming post about Spring Quilt Market next week.  But if you can't wait to see all the fabulousness, you can follow me on Instagram as I post pictures during Market.
Till next time...﻿