I know I've been MIA for almost two months.  And I wish I could say that I was off
traveling the world on exotic adventures...but then I'd be lying.  I did however
make a couple trips to the happiest place on earth... 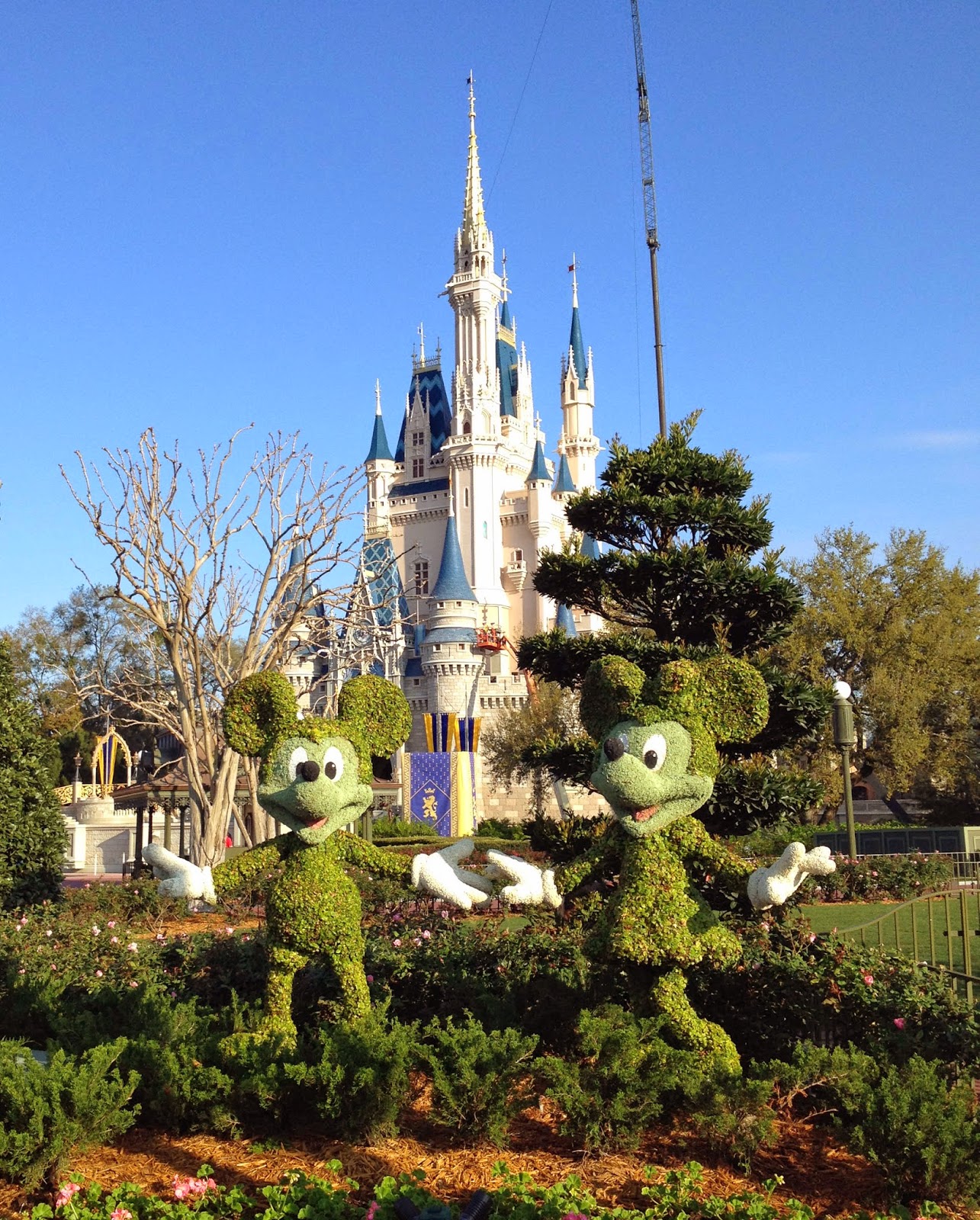 And it was AWESOME!   I wish I had more pictures to share but I was too busy
walking around staring at everything like a wide eyed kid to bother with photos.  We had
a blast!  It was like reliving a second childhood.  Unfortunately there were a
couple moments that I had to spend trying to keep my lunch down.
Damn you Mission Space!

Right before going I made a "bum bag" to wear at the park.
Because really...who carries their purse around a theme park? 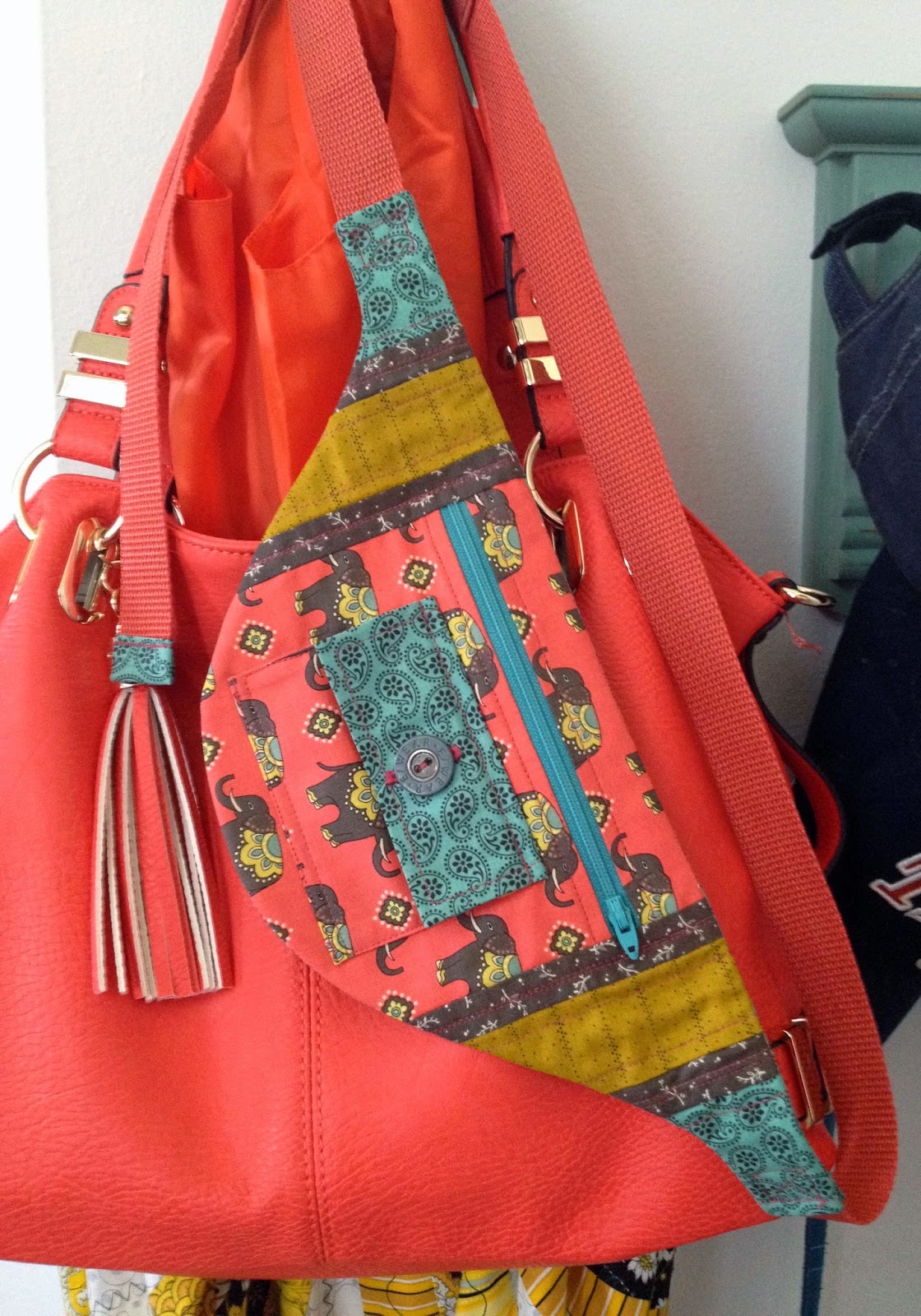 But my son said he refused to go with me if I wore it.
Whaaaa?!  Like I'd ever embarrass him on purpose.
[insert evil laugh]

Aside from that, I haven't been accomplishing a lot.  I wish I could say I have...
but then that'd be lying too.  I've been jumping from project to project doing a
little of this and that...trying to find something that could keep my interest.

One of the projects I've started is Don't Look Now's Animal Alphabet. 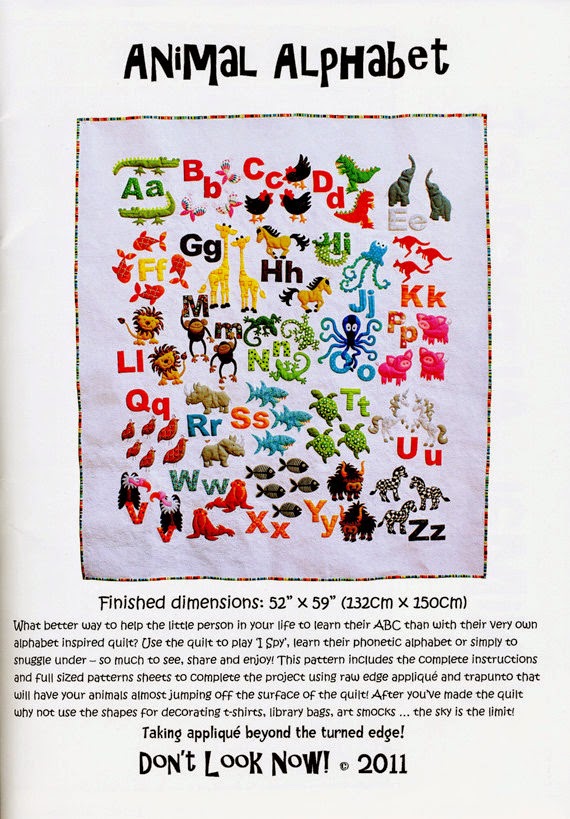 But instead of doing the appliques onto one large background piece, I decided to do
them as individual blocks.  I got this far and then ran out of what was probably
the last package of Steam a Seam II on the planet. 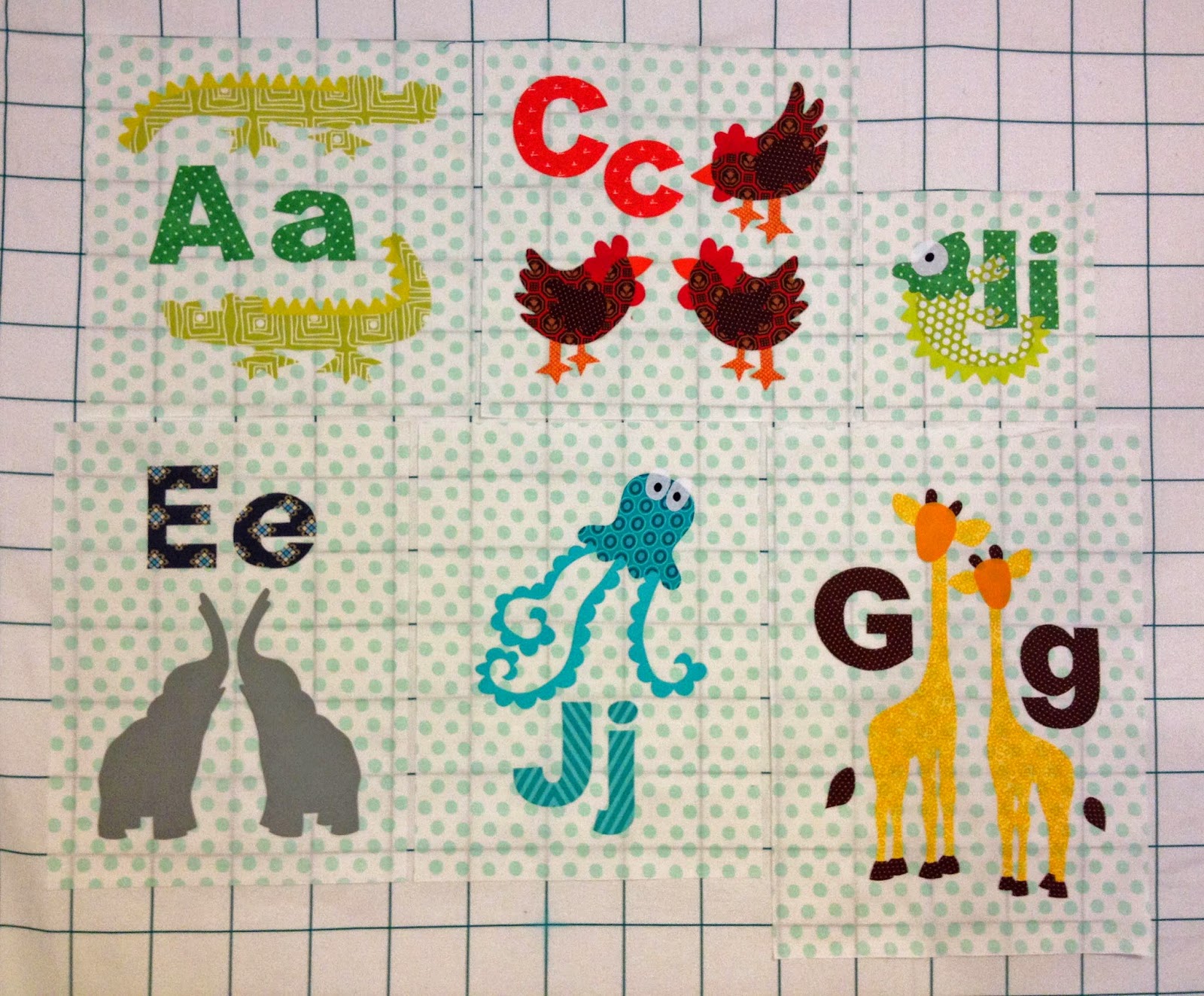 Once they're all completed, I'll figure out the next step.  I'll most likely different
small patchwork blocks etc. around them to make them all one uniform
size and then piece those together.

Whiling visiting a quilt shop with friends, I came across some Pellon Lite EZ-Steam II
and bought a couple yards.  I had hear about it last May right after it was introduced at
Spring Market.  It was supposed to be the solution to our Steam A Seam withdrawals.

Before I could use it I started hearing about all the problems people were having with it.
The reviews online are not good.  But I knew I needed to decide for myself. 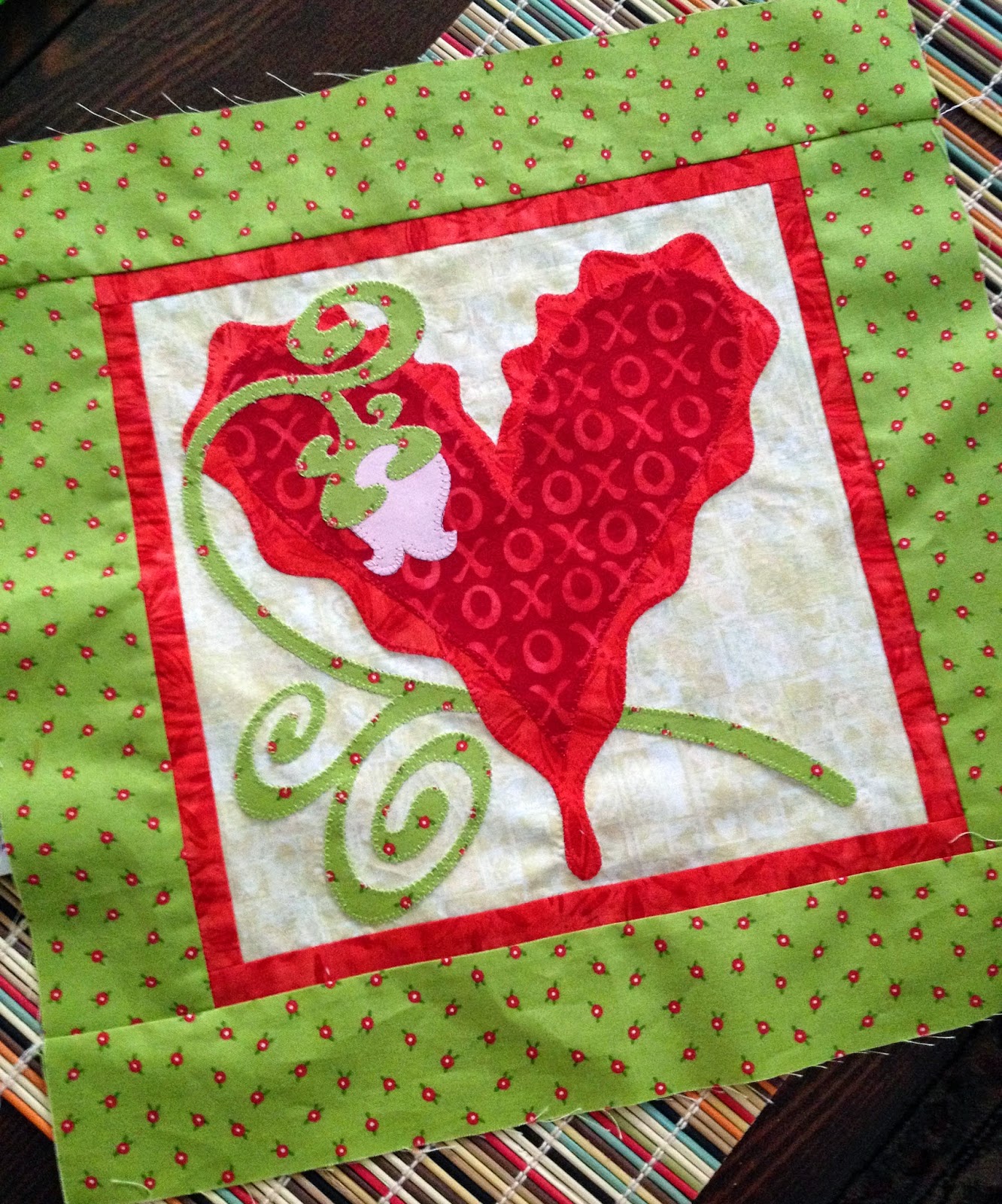 Last month I taught a freezer paper applique class to 20+ ladies in my local guild.
Below is the block I taught them to make.  It was just a
simple little block I drew in EQ7. 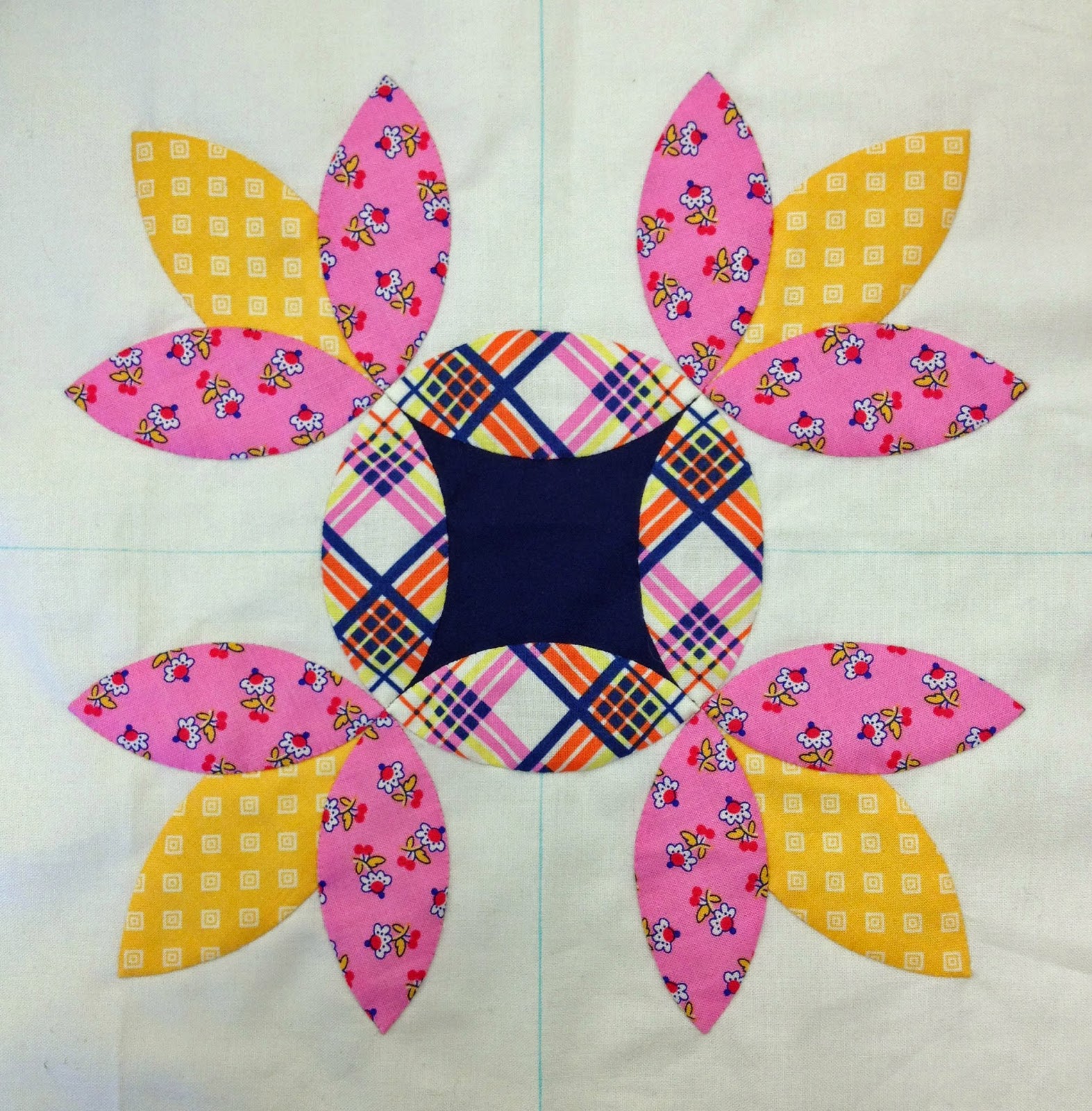 I have to say everyone did superbly and I hear there is only one person
from the class that decided applique wasn't for her.
I've also continued to work on the swap gift from my last post.  I'll be honest.
I didn't touch it again after my last post until this past weekend
when I machine appliqued and quilted it. 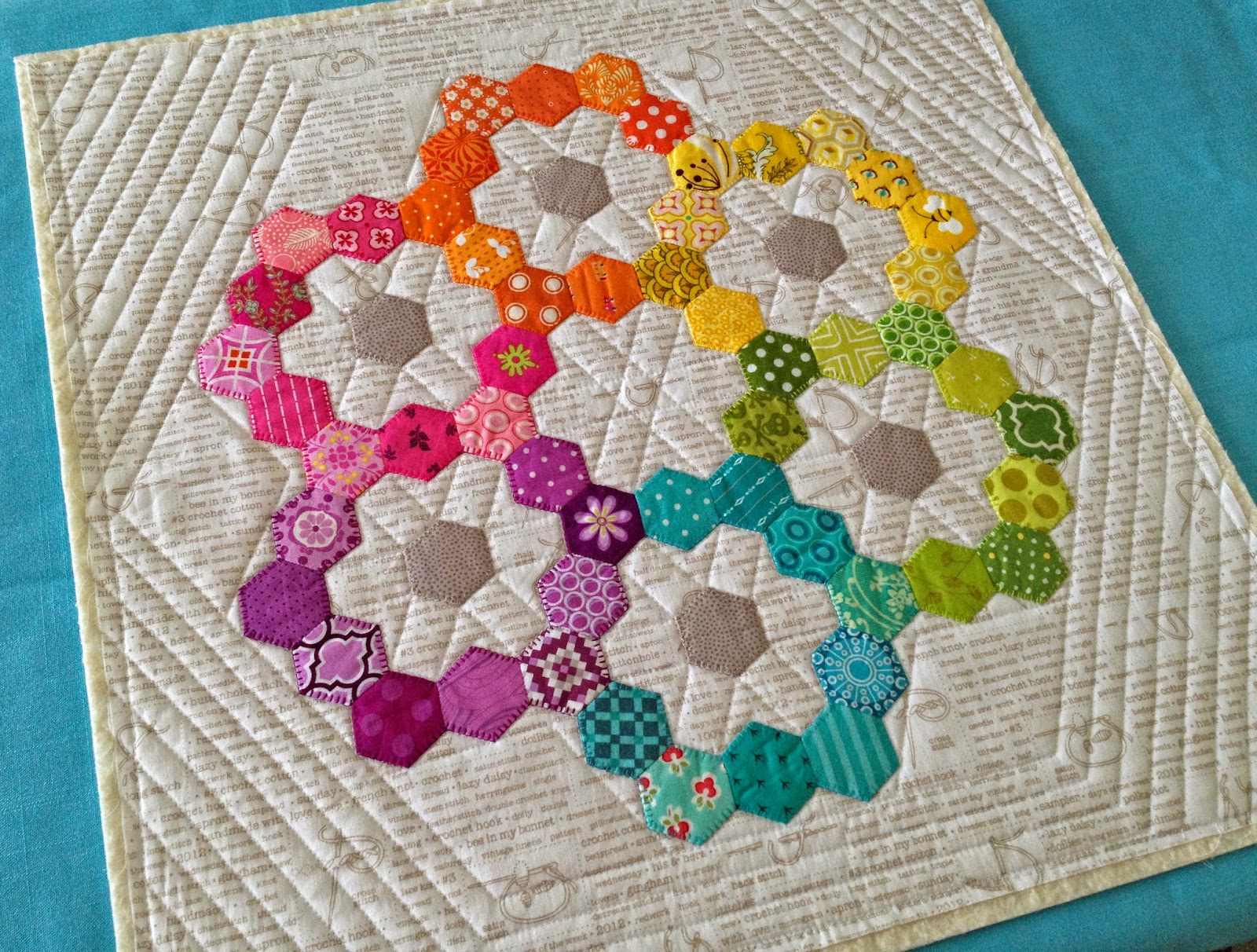 All that's left to do is turn it into a pillow cover.  I'm super happy with how it
turned out and would love to make it again...this time for myself!

And lastly...I made a lanyard and watch band because a girl's got to be
fashionable when she attends Spring Quilt Market!  Yes...once again I am
going to Market to see everything that's new and fabulous in the quilting world! 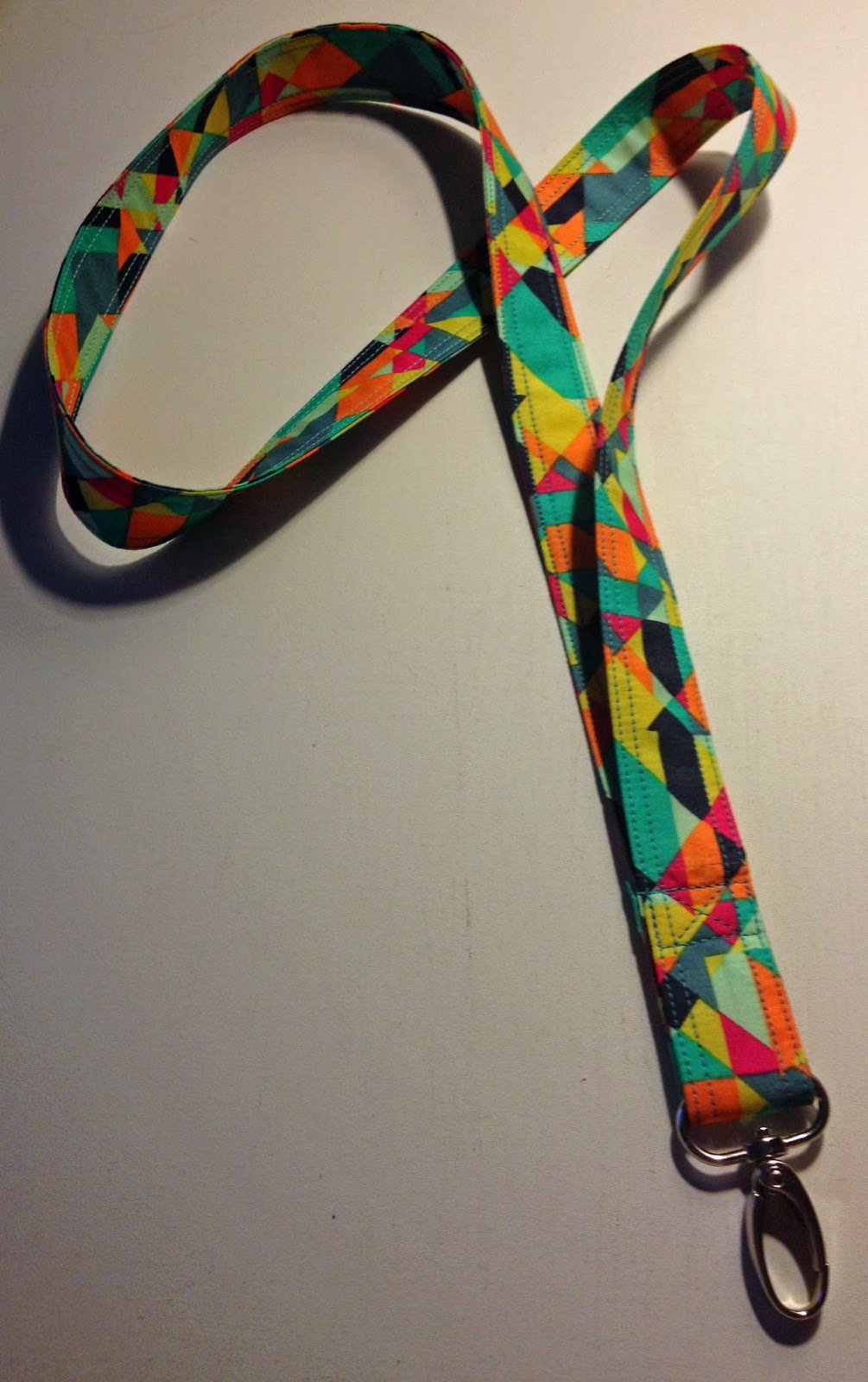 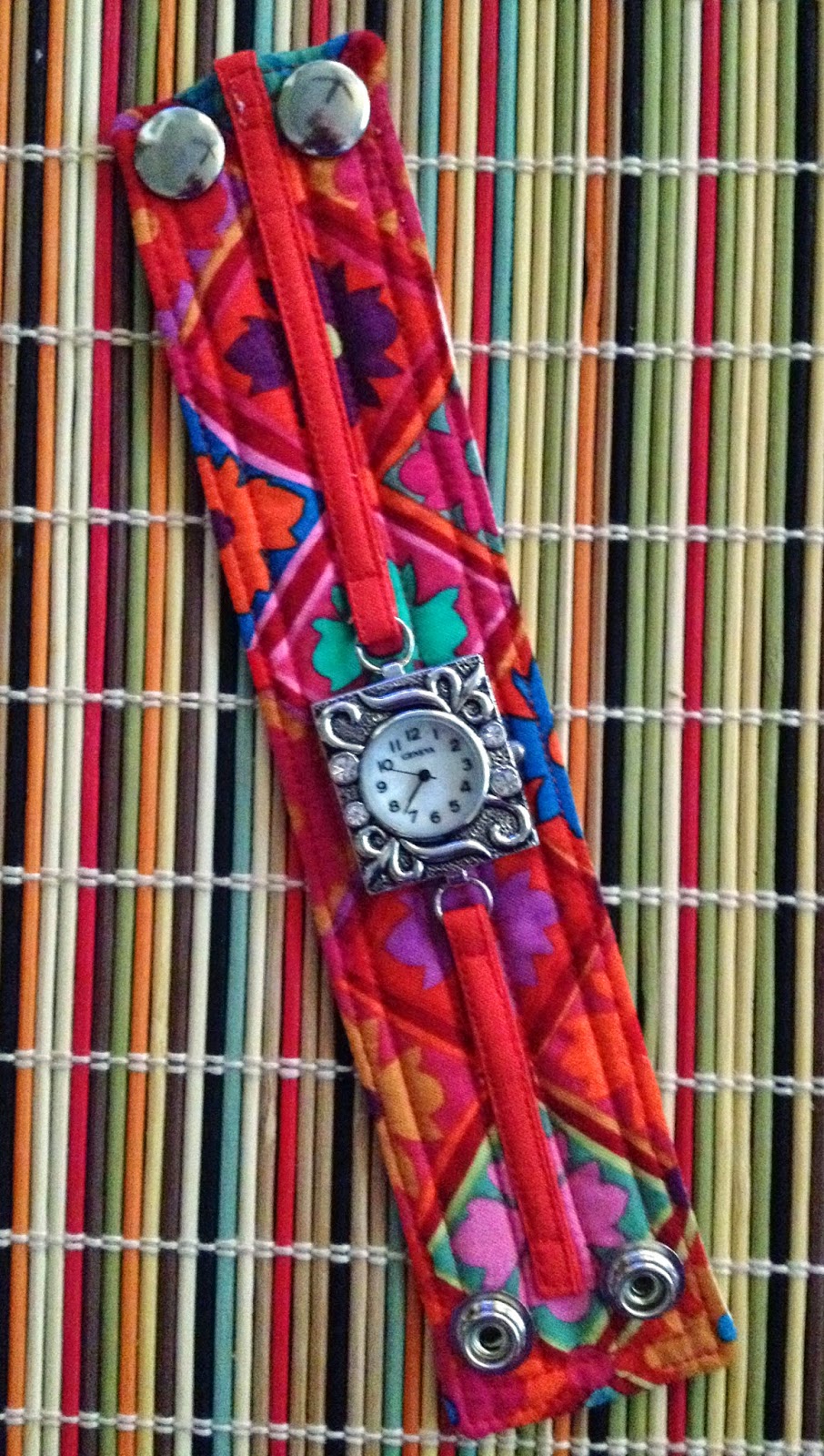 To learn how to make your own lanyard go to Pinterest where you can find
loads of tutorials.  You can also find tutorials for watch bands.
I decided to do my own thing and am pretty happy with the results.
I learned a lot making it and know what I want to do differently next time.
For anyone interested the watch itself was purchased at Cracker Barrell.
Well that's all from me.
I'll keep my eyes and ears open for anything
I think you might want to see while I'm at Market.
Till next time...

I LOVE the Hexi swap quilt you made. I've got to make myself one of these!!

LOL I just had to chuckle at your DS's comment~ mine would tell me the exact same thing! Love the alphabet blocks! Have a great time at market!

I LOVE that pillow cover- and it's quilted perfectly! (I wish I was your partner- but since I guess I'm not- I'll have to copy your design!)